Yumi And The Weather LP

by Yumi And The Weather 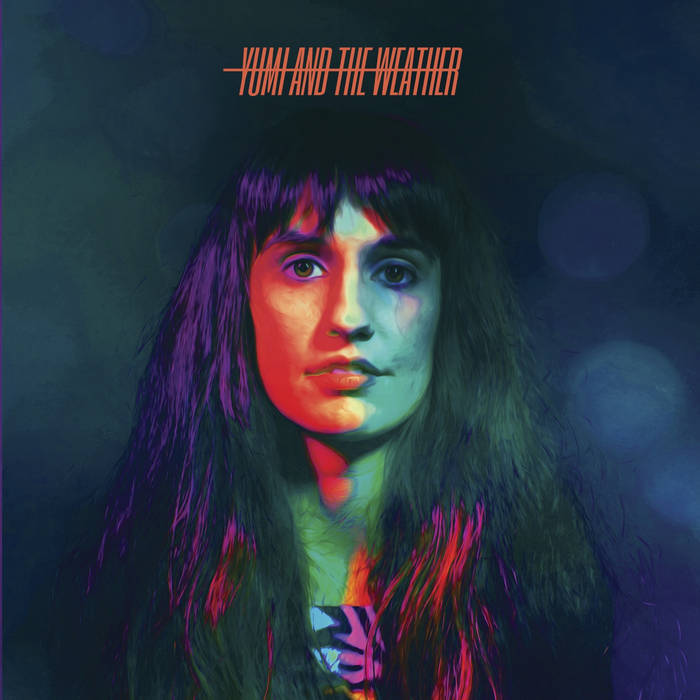 Since first emerging in 2013 with her critically acclaimed ‘All We Can’ EP, Yumi And The Weather have spent the past few years perfecting their unique blend of electrifying technicolour psych-pop, finally emerging with their long-awaited full length offering (released via their own MIOHMI RECORDS imprint). Armed with this new arsenal of unrelentingly catchy and stirring pieces of music, Yumi are ready to continue their path of destruction (which has included a stint supporting British Sea Power, a slot at Secret Garden Party, Bad Pond Festival and heavy radio support from BBC 6 Music’s Shaun Keaveny, Nemone and Radio X’s John Kennedy (including live sessions for BBC Introducing and Radio X)

A beautifully crafted album full of dynamics, their debut offering takes flight over a sprawling soundscape, paying little regard to genre confines. From the sparkling electronic spires of opening track ‘Celebrate’ and subterranean driving energy of hit single ‘Look At The Night’, accented by the arpeggiated neon synth lines of ‘Hustle’ and polyrhythmic guitar patterns of ‘Without You’ – there is some truly incredible musicianship on display here, all the time complimented by frontwoman Ruby Taylors impeccable ear for melody and powerful, yet delicate delivery.
Created in a small studio room above a sandwich shop in her coastal home town of Worthing, UK the album demonstrates Ruby’s song writing prowess, with sounds drawing from her electronic roots, spanning from dark synth heavy production to crunchy garage rock guitars, and soaring power pop anthems.

Having previously been confined to the isolation her bedroom studio, this new space gave birth to a collaboration friend Rob Flynn (of local duo Oslo Parks) who produced the album alongside Ruby, allowing her to explore the furthest reaches of her potential. This new working arrangement provided sanctuary, an escape from her lonely and uninspiring writing environment, one made worse from suffering yearly outburst of mania/bipolar disorder.
On the writing of the album Ruby explains, “It reflects what was going on in my life due to unsteady and uncertain relationships with people, and battling negativity because of overthinking, meanwhile dealing with low self-esteem”.

“Down to the boil, it is very influenced by Love, and the feeling that there is a lack of it for ourselves, and each other at times and the plea for empathy and kindness” Ruby states.
Having become a figurehead of the South-East music scene over the past few years, Yumi And The Weather are set to put themselves on the map much further afield with this incredible debut offering.

Yumi And The Weather Brighton, UK

Bandcamp Daily  your guide to the world of Bandcamp